Delhi’s rape case is just one…. there are lot happening around us….

Fight is not with the Virus in Blood but with

Virus that is in the  minds & in the Society 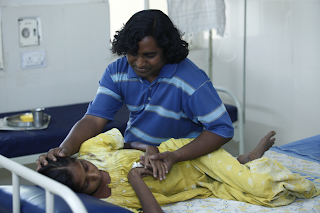 Sita was born like any other child but her normal childhood did not last long as she becomes a burden for her mother who is into sex work. Sita takes refuge in uncles’ (the brother of her mother) house. Uncle was rather good with her though he did not send her to school. As she grew older her mother died, it did not affect her much, but soon her uncle dies. This dramatically changed her life she had to live with another uncle. This new uncle did not care her but ill treated her very often ended up beating her.

This new situation made Sita to change her life and adopt new ways to survive. In this processes she meets a girl of her own age...Sita makes friendship with her. This new girl her friend was already into sex work. Sita not knowing about it wanting to escape from the ill-treating uncle she goes away from her uncle’s home to a house in the forest with her new found friend. Then after two months of living with her friend she realized that this is not a good and safe place. She flees from there and comes back to the uncle’s home again. But bye that time she had to give her body  to three to four people.
Now back in uncle’s house she hoped to live a normal life. But uncle did not care her but beat her for no reason. Then one day she meets her friend  and a temptation to go with her again. She goes to meet her where she was trapped and abused by two and there were some more waiting she escapes from them takes refuge in one house, they then inform the police, police takes her to custody and arrest those who abused her.
Sita’s struggles do not end there, after she came out with the police case the uncle did not want to receive her any more. Bye now she was quite sick and with all these problems she ends up in Govt hospital with no one to care for her. From there..  through some net work people she reaches Snehakiran almost dying. On admission she had very bad pulmonary tuberculosis and anemia. We transfused blood and started treatment for tuberculosis and she fought almost six months ...  a big fighter.. Fought back to life ..from the jaws of death.
Sita after one year  of Vanavasam of healing at snehakiran  is fine and  going to begin her life again.. She is now with a well known organization that works with women. As of now she is getting trained in tailoring....
Well the problem is not the virus in her blood but the virus in the society. Of course you and I are part of that society. Can we do something to erase that virus from society and allow Sita to live in !!!!!!!! 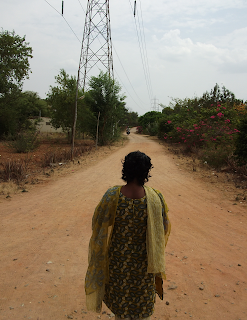 All the donations made to Sneha Charitable Trust are exempted under section 80G of the income tax act.